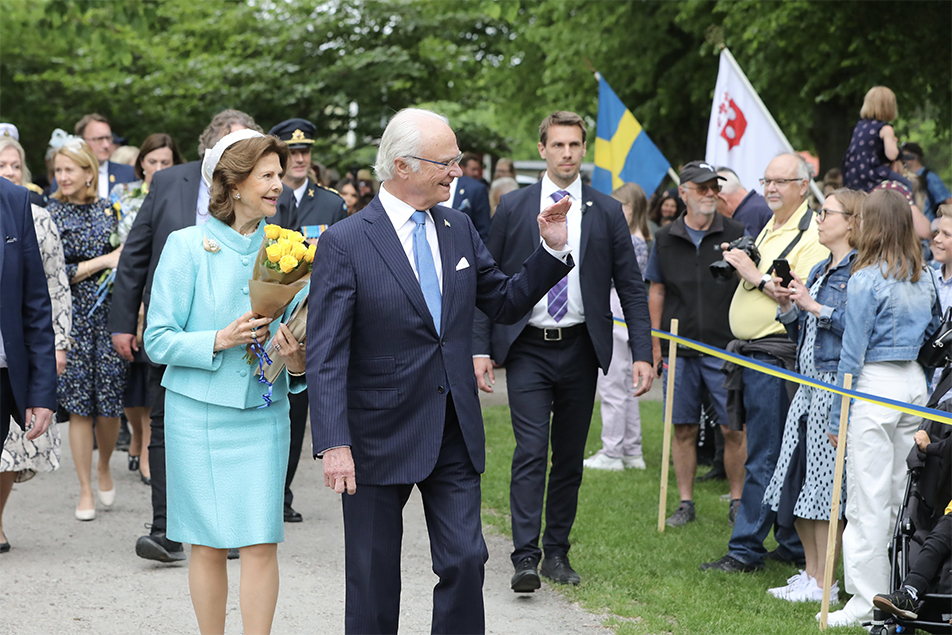 The King and Queen at the National Day celebrations in Holje Park in Olofström, Blekinge. Photo: Sara Friberg/The Royal Court of Sweden

The King and Queen visit Olofström

The King and Queen began Sweden's National Day in Olofström, in Blekinge, which is celebrating its 50th anniversary as a municipality this year. At Volvo Cars, The King and Queen learnt about the car factory where around 2,500 people work to produce components which are then sent to Volvo's Torslanda factory and other car factories in Belgium, China and the USA. 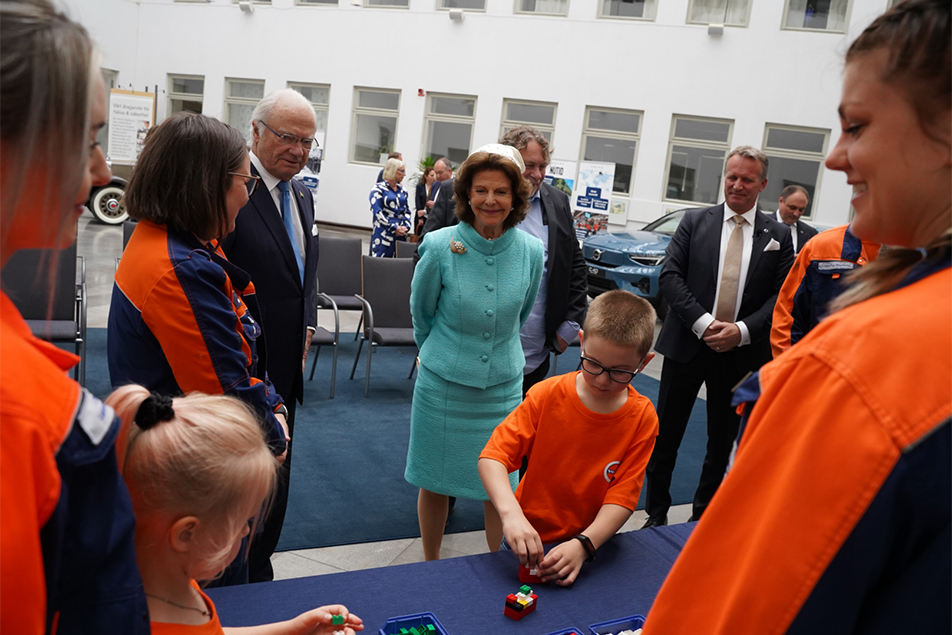 The King and Queen met employees at Volvo Cars in Olofström and their children. Photo: Sara Friberg/The Royal Court of Sweden

The King and Queen then took part in the National Day celebrations in Holje Park. In keeping with tradition, The King presented standards to local associations and organisations. The King then gave a speech, in which he said:

Sweden is a country with a rich history – and a promising future. Let us defend both, with our shared strength. And let us pay tribute to our nation, our home in the world, today on Sweden's National Day!” 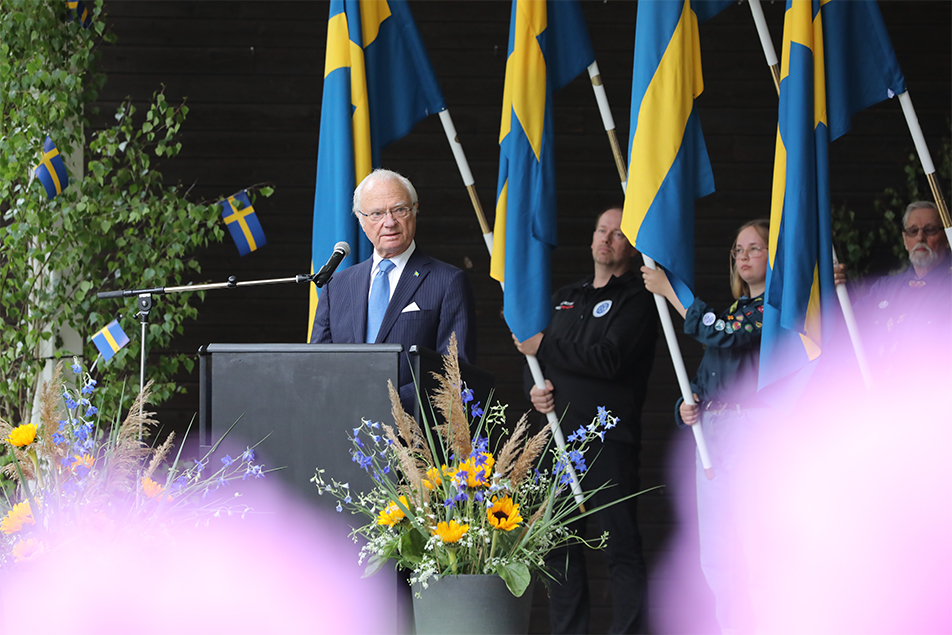 In the morning, The Crown Princess Couple welcomed visitors to the Royal Palace, which was open with free admission on Sweden's National Day. During the day, the public also had the opportunity to visit Logården (the Royal Palace's garden) and the Bernadotte Library, which are normally closed to visitors. 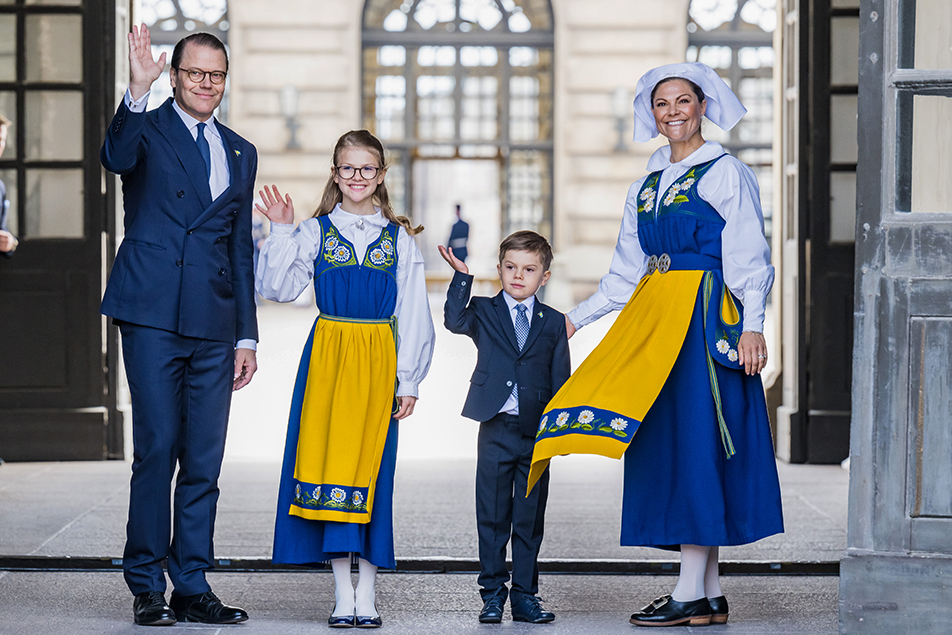 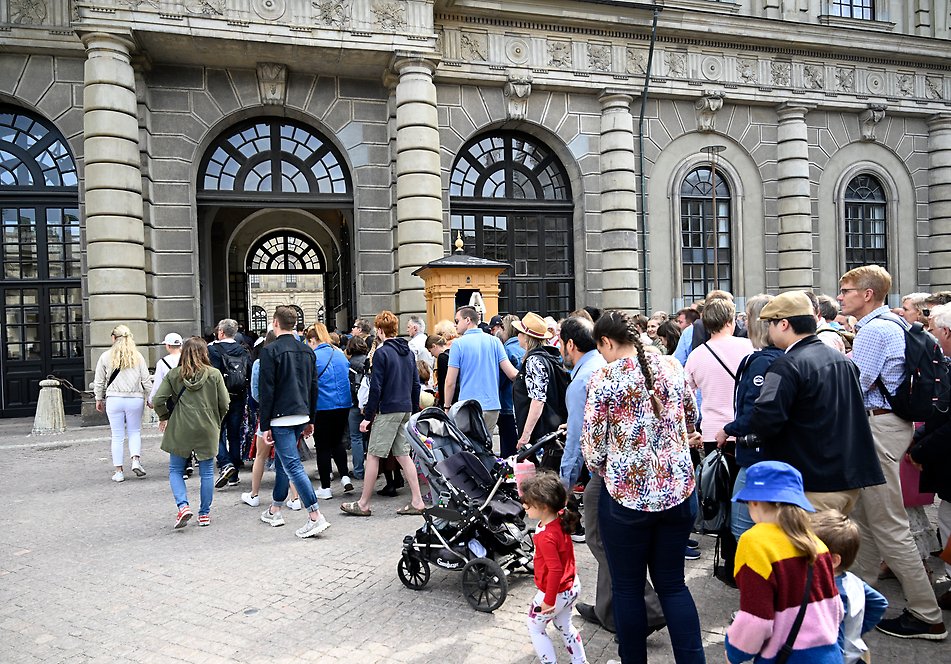 In the Outer Courtyard, Prince Carl Philip attended the changing of the guard with the Mounted Guard from the Life Guards, during which the Life Guards' Dragoon Music Corps performed a musical programme. 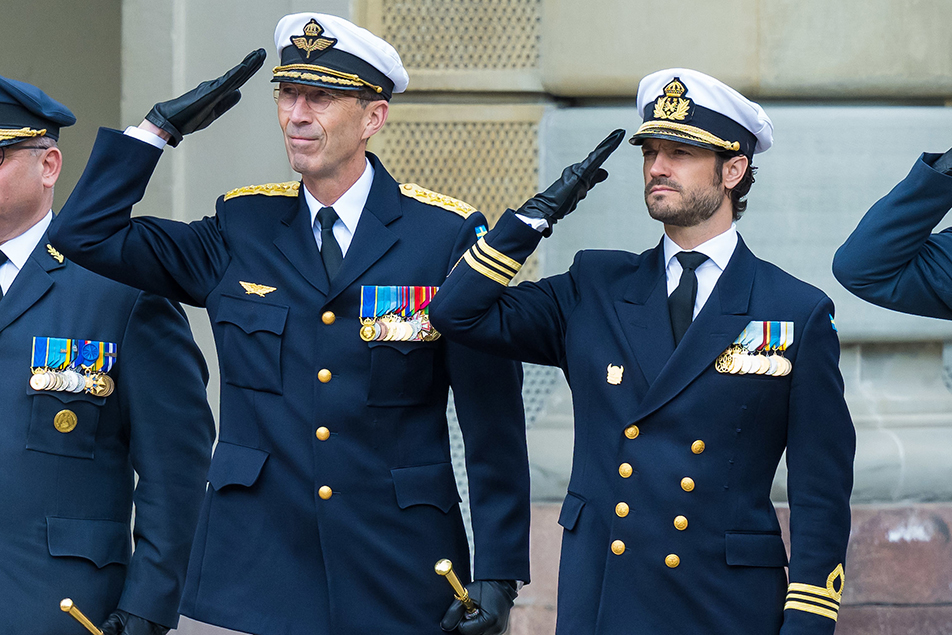 Prince Carl Philip with Supreme Commander Micael Bydén during the changing of the guard in the Outer Courtyard. Photo: Pelle T Nilsson/SPA 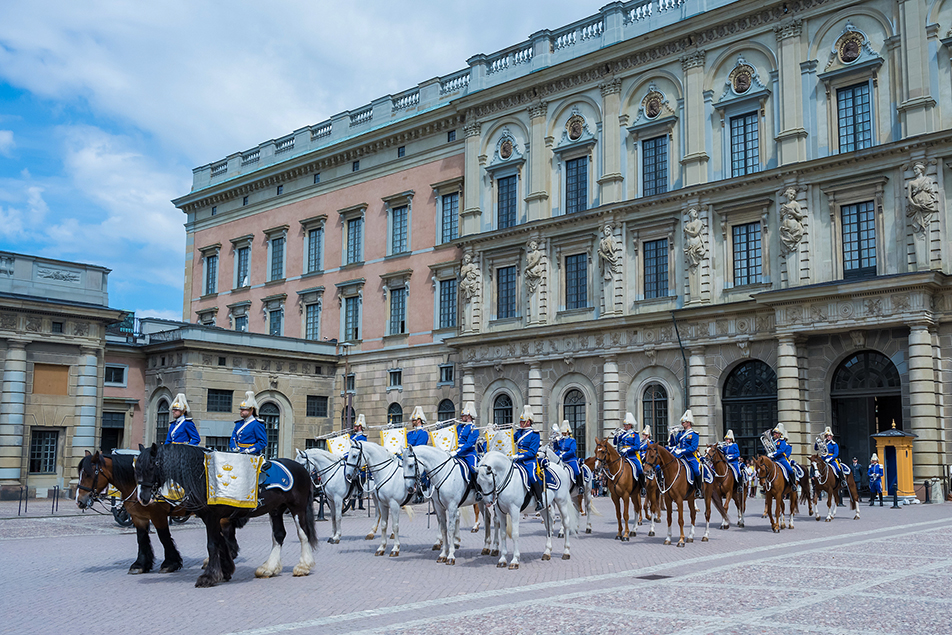 In the evening, the Royal Family travelled by horse and carriage from the Royal Palace to Skansen. 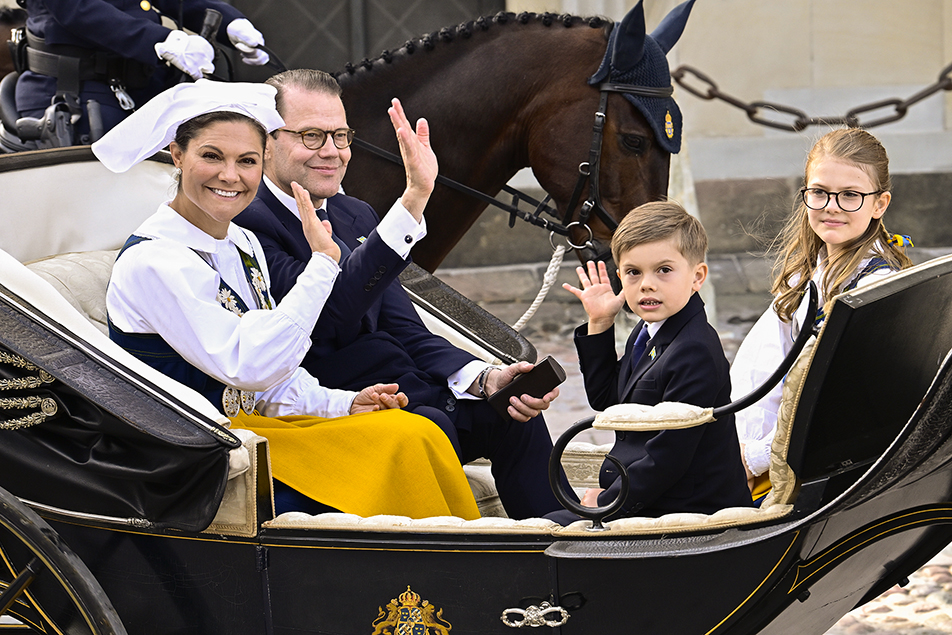 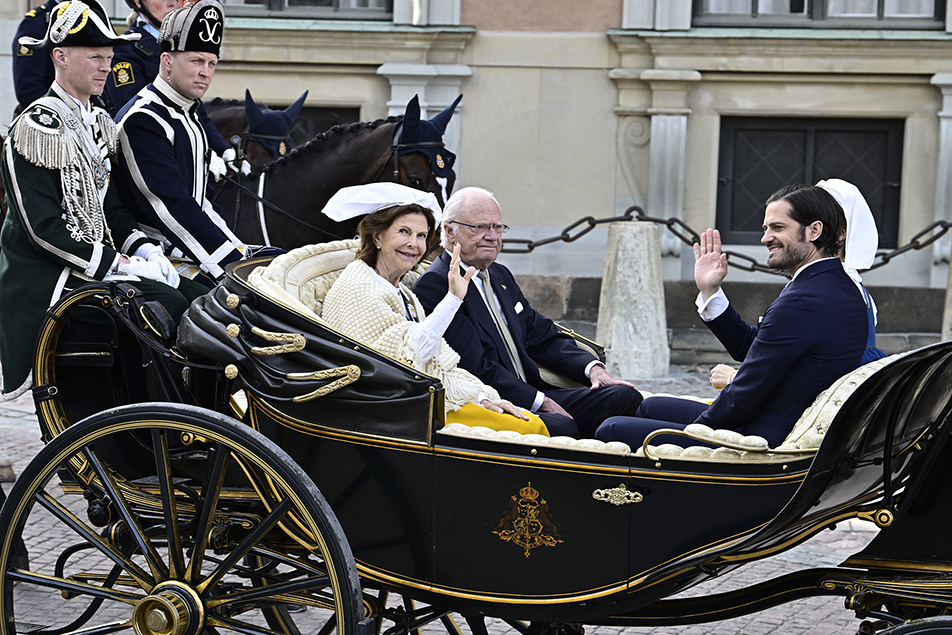 The King and Queen and The Prince Couple leave the Royal Palace. Photo: Claudio Bresciani/TT 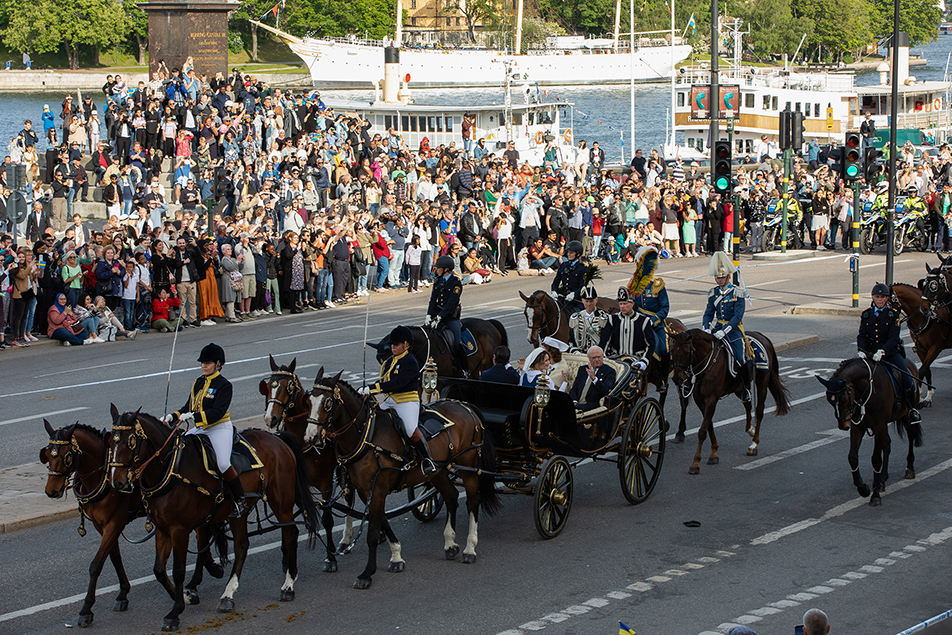 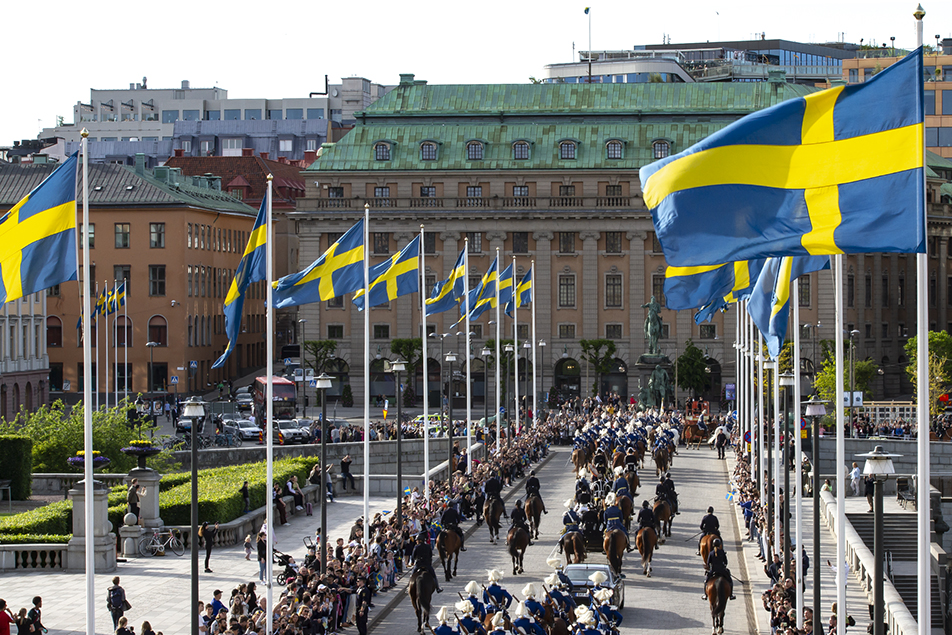 The cortège crossed Norrbro on its way to Skansen for the National Day celebrations. Photo: Henrik Garlöv/The Royal Court of Sweden

On the Solliden Stage, The King presented standards to associations and organisations. The King then gave a speech, in which he said:

Our Swedish flag, the blue and yellow crossed banner. It is a symbol of Sweden, a sign of our shared home. You may feel that raising a flag is old-fashioned. And you might be right. But what our flag stands for is more relevant today than ever: Our democracy. Our self-determination. The freedom to shape our own future.” 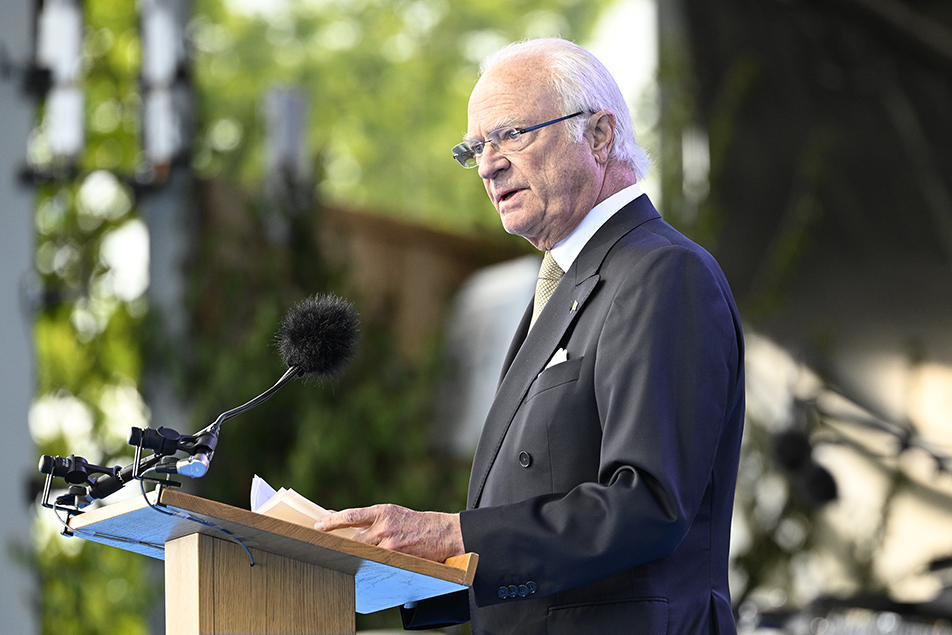 In keeping with tradition, The King gave a speech during the National Day celebrations at Skansen. Photo: Henrik Montgomery/TT 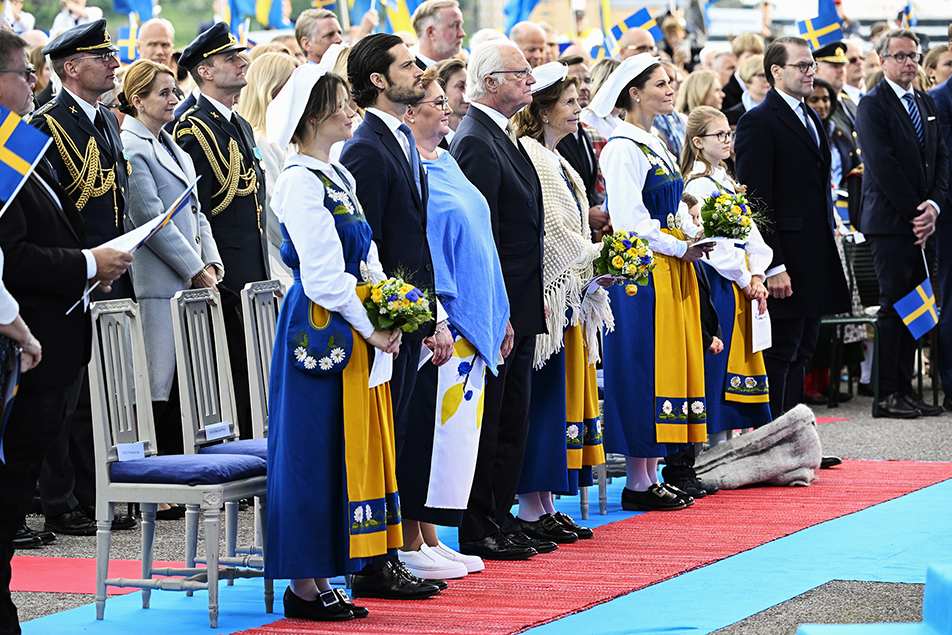 The Royal Family on the Solliden Stage at Skansen. Photo: Henrik Montgomery/TT

Later in the evening, The King and Queen invited representatives from the Swedish Parliament and Government, the public sector and the diplomatic corps to a reception at the Royal Palace. 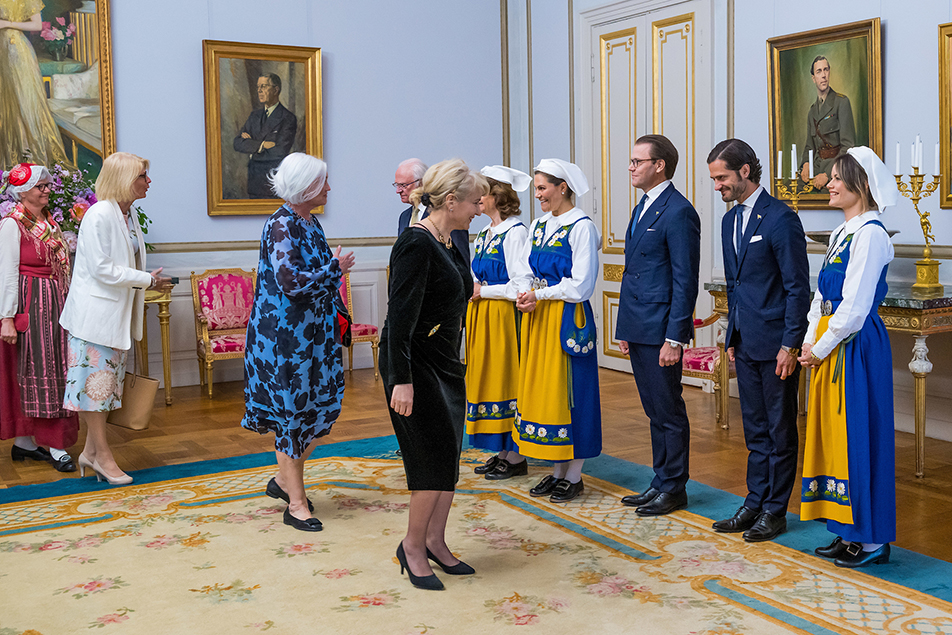 The Royal Family welcomed the guests to the Bernadotte Apartments at the Royal Palace. Photo: Pelle T Nilsson/SPA 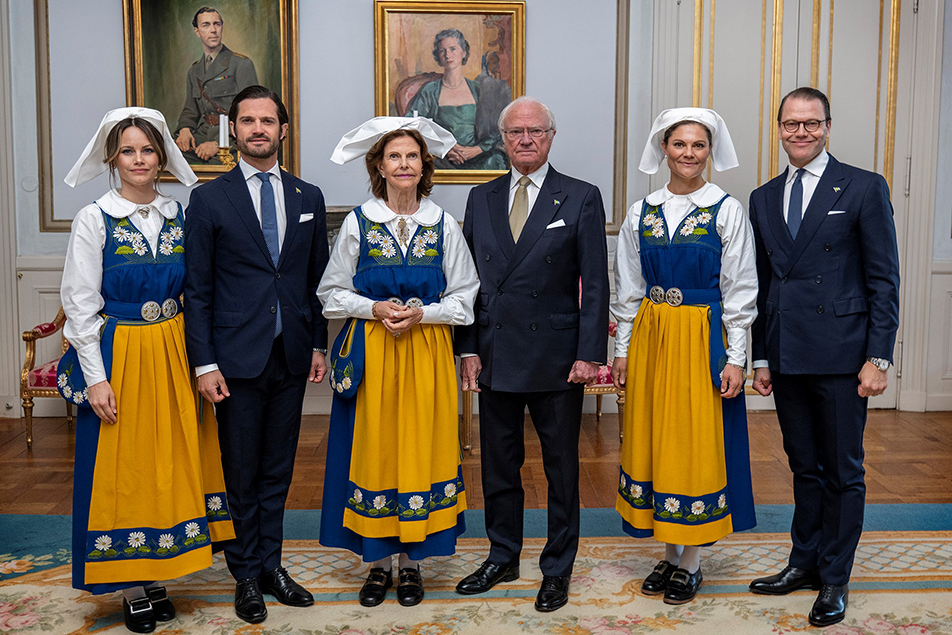 The Royal Family at the National Day reception at the Royal Palace. Photo: Jonas Borg/The Royal Court of Sweden

National Day ended with a tattoo by the Army Music Corps at Logården. 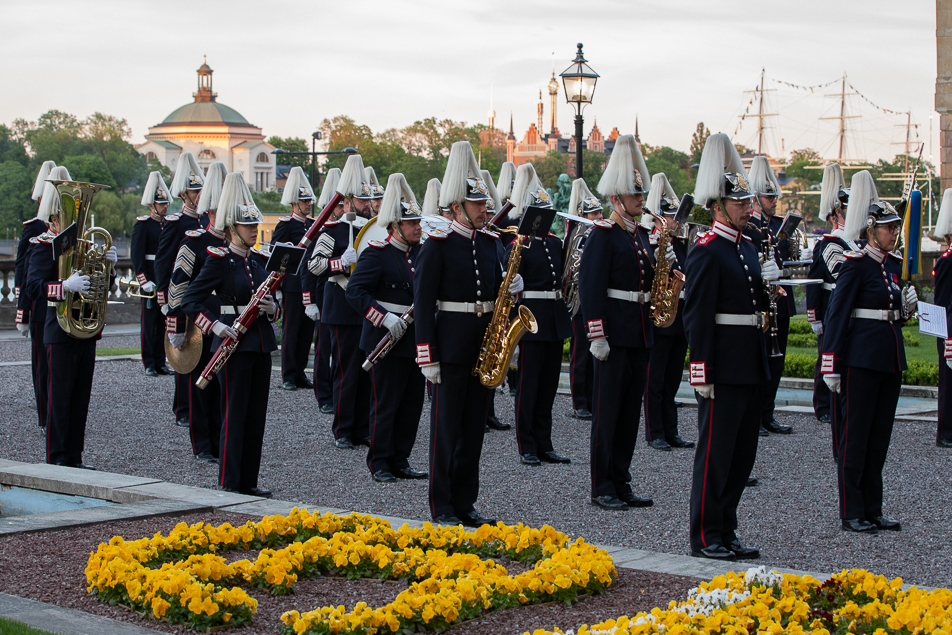 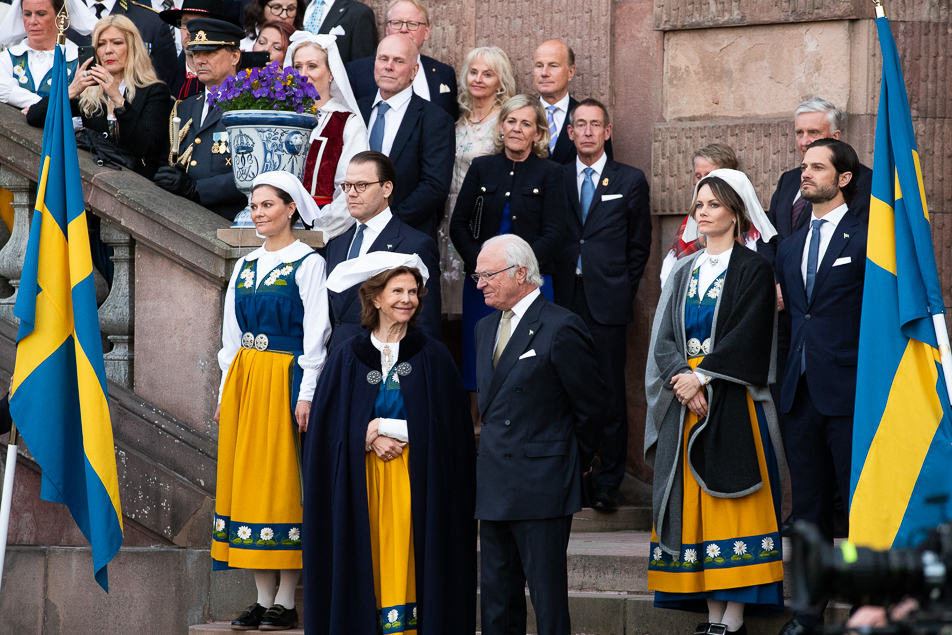 The Royal Family during the tattoo at Logården, which brought the National Day celebrations to a close. Photo: Sara Friberg/The Royal Court of Sweden

Skansen's founder Artur Hazelius initiated Sweden's National Day on 6 June 1893, but it was not until more than twenty years later that the tradition spread to the whole of the country.

The tradition of the monarch presenting standards to associations began in 1918, and has continued almost every year since then. King Carl XVI Gustaf first took part in the celebrations at Stockholm Olympic Stadium in 1949.

In 1963, the celebrations were moved to Skansen. Swedish Flag Day officially became Sweden's National Day in 1983, and 6 June has been a public holiday since 2005. The date was chosen because Gustav Vasa was elected King of Sweden on this day in 1523 by a parliament in Strängnäs, and the Instrument of Government was signed on this day in 1809.